Posted on December 27, 2020 by Mike Pihlman Leave a comment

Thanks to a windfall in the last book, Kinsey Millhone, Private Detective in Santa Teresa, CA, now has enough money in the bank not to worry about slow times. And these are slow times.

In the middle of a drought, Kinsey’s octogenarian landlord, Henry, is stressing about his exorbitant water bill despite his herculean efforts to keep the bill down. Kinsey is doing her part taking shorter showers after her morning 3 mile runs, but, to date, the bill is still extremely high.

Project number one is helping her friend, Ruthie, sort out the business records her late husband, PI Pete Wolinsky, left her. His record keeping is a mess. While sifting through the mess, Kinsey comes across a package with information Pete was gathering before he was shot and killed in the last book.

Project number two, Kinsey decides to chase down the clues Pete left, and once she understands what is happening, she will deliver the package to the person it was meant to go to.

Hallie pays her $200 to get started, and Kinsey gladly accepts (slow business times, after all).

Project number four is investigating who Henry’s new elderly neighbors are, because, Kinsey suspects they are definitely not who / what they seem.

One project can lead to a serial killer (and possibly her own death), one to an art theft worth millions of dollars, one to solving an embezzlement case, and one to happiness for one forgotten child (who is now grown up with a kid of her own).

“X” is the next to last book in the Kinsey Millhone series, since, sadly, we lost Sue Grafton at “Y”. I have “Y” but will save it for awhile, as I will miss Kinsey being in my life…..yeah, I know she is a fictional character, but, still……:-(

Book Review: “W is for Wasted” by Sue Grafton

Book Review: “V is for Vengeance” by Sue Grafton

Book Review: “U is for Undertow” by Sue Grafton

Sue Grafton Passes Away at “Y”

“T is for Trespass” by Sue Grafton

“S is for Silence” by Sue Grafton

“R is for Ricochet” by Sue Grafton

“Q is for Quarry” by Sue Grafton

“P is for Peril” by Sue Grafton

Book Review: “O is for Outlaw” by Sue Grafton

Book Review: “N is for Noose” by Sue Grafton

Book Review: "M is for Malice" by Sue Grafton

“L is for Lawless” by Sue Grafton

“K is for Killer” by Sue Grafton

“J is for Judgment” by Sue Grafton

“I is for Innocent” by Sue Grafton

"H is for Homicide" by Sue Grafton

“No Man’s Land” by David Baldacci 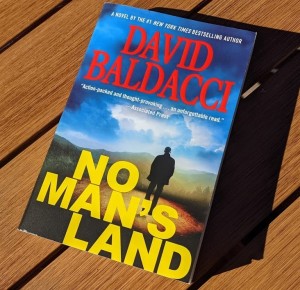 Another cool logo design by @lauranncarolecreative The letters CAROL form the main body of the logo.
New logo for ForCarol designed by @lauranncarole Thank you sooooo much, Laurann. 😃😃😃
Almond (?) orchard and Mt. Diablo. Taken just north of Old River with my Pixel 5.
I'm always amazed how quickly we leave the hustle and bustle of the big city....Tracy. 😎. This is Old River just about a mile from the city limits. 😃. More pics from this weeks ride-about to follow in the next few days. 📷📷