Got this email today announcing the opening of a new web site dedicated to crime and mystery.  CriminalElement.com   Pretty cool. Here is the complete press release.  Gee I wonder if they like my original horror stories? FOR IMMEDIATE RELEASE Contact: Sarah Melnyk 646-307-5662 sarah.melnyk@stmartins.com MACMILLAN TO LAUNCH […]

Genre: Thriller Rating: 3.5 WaterTowers “Pirate Latitudes” was found as a complete manuscript after Michael Crichton’s death in 2008. I have read a lot of bad reviews of “Pirate Latitudes” and, foolishly, let those reviews stand in the way of my reading it in a timely manner. “Pirate […]

Plan to attend…if you dare. 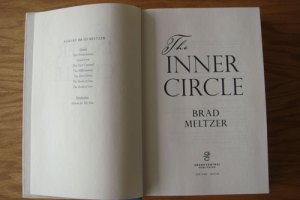 Genre:  Thriller Rating:  4 WaterTowers (Extremely interesting) During the Revolutionary War, the British knew who the American intelligence operatives were and captured them.  Good intelligence is key to winning a war.  George Washington, with the help of Benjamin Tallmadge,  formed a super secret organization called the Culper  Spy […]

Genre: Thriller Rating: 4 Watertowers This is only available in electronic form.  You can get it at several online locations including Amazon and Barnes & Noble.  This is Barry’s first “self-published book”. “The Lost Coast” refers to a geographically challenged section of Northern California coast where US 1 […]

Genre: Thriller Rating: 4 Watertowers Donte Drumm has less than a week to live. He is at the end of a 10 year stay on death row in Texas for killing Sloan (Texas) High School Cheerleader Nicole Yarber.  Her body was never found, and the evidence during the […]

34 new Thrillers this month!  Happy Reading. Special to The Big Thrill: ITW Roundtables: Get More Than You Give by Dan Levy News from South Africa by Mike Nicol The Fallen Angel by David Hewson Hybrid by Brian O’Grady Threshold by Jeremy Robinson Afraid of the Dark by James […]

Ebooks and Self-Publishing: A Conversation Between Authors Barry Eisler and Joe Konrath

This is very interesting, timely, and important discussion. The publishing world is changing and these two great authors are in the thick of it (as are we)….I have copied part of the conversation here.  If you want to read the entire conversation, scroll down, and click on the […]

Book Review: “Strong at the Break” by Jon Land

Genre:  Thriller Rating: 4 WaterTowers This is more than an ARC.  Jon sent me an email and asked if I wanted a PDF version of his upcoming book (June 21, 2011) now…..or wait for a paper version.  Since I have the Nook, I figured it was time to […] 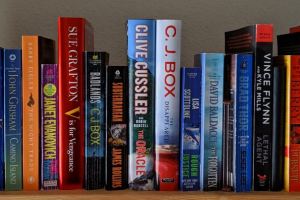 Book Series That Need To Be Read In Order

Here is a list of Thrillers and Mysteries that need to be read in order. I will add to this post regularly, so bookmark it and come back often.

Not taken today. But....I am ready for this fog to go away and have these blue skies again. My least fav time of year. Luckily, it only lasts a short time. 😎
Blaze and TracyReaderDad.com are now reading "Wolf Pack" a Joe Pickett novel by C.J. Box.
Howling at the moon 🤣🤣
Chilly pre-dawn walk in #tracyca 🚶‍♂️🚶‍♂️