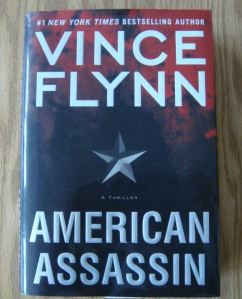 (Mitch Rapp before he was Mitch Rapp)

The terrorists who brought down Pan Am Flight 103 over Lockerbie, Scotland had no idea what hell they brought upon themselves.

They will find out.

Mitch Rapp was a star lacrosse player at Syracuse University in Upstate New York.  A gifted athlete waiting for his girlfriend to return home for the holidays.  When he learned of the bombing of the Pan Am flight, his goals in life changed….and the terrorists were doomed.

CIA agent Irene Kennedy found Rapp and spent several months observing him.  She thought he was special, but, only found out how special when she approached him and he kinda wondered why it took her that long.  Ooops.

The CIA was forming a super secret team of assassins to counteract the wishy washy politicians and throw some fear into the terrorists who were becoming bolder and bolder knowing that no punishment would come their way.

Taking Rapp to the Lake Anna, Virginia training facility run by Stan Hurley, Rapp immediately showed everyone that he was one of a kind (even though he had no military training).

While he and the others were being weeded out, then trained, at Lake Anna, Islamic Jihad members (led by Assef  Sayyed) in Beirut, Lebanon had taken two American’s hostage and were taking their time torturing them to gain information.  Working with the Russians, Sayyed and friends had no fear of reprisal from the Americans.

Suddenly, one of their colleagues (an arms dealer) was shot and killed, and, a few days later, all their money (over $30 million) disappeared after the death of their banker.  WTF?

You will just have to read “American Assassin” to know what happens.

“American Assassin” is a great read.  Vince Flynn’s writing is smooth as silk, and the story is flawless.  It was nice to visit with long dead friends and see how the characters we know and love (or loved) met.