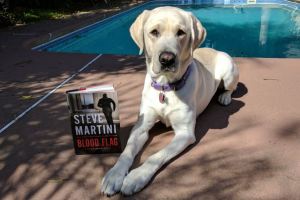 Genre: Thriller After the events of “The Enemy Inside” Paul Madriani and Harry Hines have million’s of dollars to help boost their small law practice near the Coronado Hotel in San Diego (I have pictures of their location somewhere that I am still trying to find). Sofia is […] 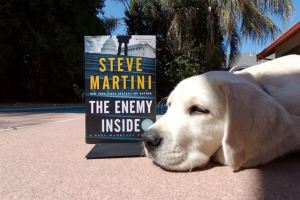 “The Enemy Inside” by Steve Martini

Genre: Legal Thriller (Vintage Martini) – Steve Martini had a Facebook contest to win a free book.  I was one of the winners!  As such, I was sent an ARC of “The Enemy Inside” about a week before it came out on May 12, 2015.  Being a slow […]

Genre: Thriller Rating: 5 WaterTowers Picking up where “The Rule of Nine” left off, Liquida leaves the garage severely wounded by Herman Diggs (who is lying in a pool of his own blood).  The Mexicutioner gets medical attention then heads out to the farm in Ohio to kill […] 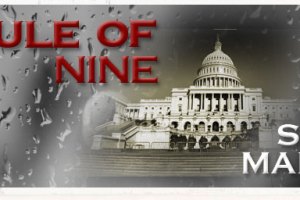 Book Review: “The Rule of Nine” by Steve Martini

Book Review Genre:  Thriller Rating: 5 WaterTowers Paul Madriani, Harry Hinds, and Herman Diggs are once again in the sights of the Mexicutioner also known as Liquida. Not good for their health. Jimmy Snyder was new at his job and a bit too friendly.  He showed a man […]

“Guardian of Lies” by Steve Martini

Rating:  4 WaterTowers (Martini rocks!) Genre: Legal Thriller Steve Martini is one of my all time favorite authors, so as soon as I saw “Guardian of Lies” in Costco, I snapped it up.  If I were to summarize my review  in one word:  Amazing! “To the concrete cowboys, […] 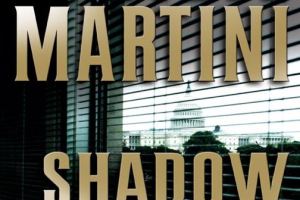 “Shadow of Power” by Steve Martini

Genre: Legal Thriller Background Steve Martini is my favorite author next to Perri O’Shaughnessy. And I know for a fact that one of the O’Shaughnessy sisters absolutely agrees with me (because she told me so when we met in 2004). At the end of “Shadow of Power” Steve […]

Not taken today. But....I am ready for this fog to go away and have these blue skies again. My least fav time of year. Luckily, it only lasts a short time. 😎
Blaze and TracyReaderDad.com are now reading "Wolf Pack" a Joe Pickett novel by C.J. Box.
Howling at the moon 🤣🤣
Chilly pre-dawn walk in #tracyca 🚶‍♂️🚶‍♂️