A war between the U.S. and China has just ended.  The U.S. lost a number of submarines and four U.S. aircraft carriers are now in dry dock undergoing repairs, one aircraft carrier, the USS George Washington, is now a reef.

The Russians see this as a good time to test the American’s resolve. They do this by attacking the aircraft carrier USS Theodore Roosevelt which is patrolling the Western Pacific to see what the U.S. response will be.

The U.S. does nothing.

Thinking that America is not great anymore, the Russians devise a plan to force themselves into Lithuania and Ukraine (and thus rebuild a buffer between them and the wicked west) by holding the world’s access to oil hostage.  After all…America is weak militarily and lacks the intestinal fortitude to strike back, so Russia can afford to be bold.

The Russians have another thing coming, as the unnamed American President (he who shall not be named), his National Security Advisor, Christine O’Conner, and many others take the fight to the Russians.

“Blackmail” is an interesting and scary look at what it might be like if Russia attacks. What they don’t know is that America has always been great (unlike what we have been told), and that the Russians have badly misjudged America’s resolve and Democracy.

To find out what happens, you will have to read the book after it hits the “store shelves” on June 27, 2017.  Timely, scary, Naval warfare, better than Clancy……faster, less cumbersome detail, but still technical and tactical. 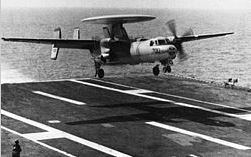 FYI, I was in the Navy in an E-2C Hawkeye squadron, VAW-124, stationed on the aircraft carrier USS America (now a reef). So the memories came flooding back….:-) We missed, because we were on a Med cruise, the first gas crises and streaking in the 70’s.

I wrote an email to Rick Campbell:

“This is the first time I am reading one of your books (sorry) and I see Christine O’Conner mentioned in the others, but, not like Mitch Rapp, Scot Harvath, etc.

Do you consider your books “Christine O’Conner” series?”
Rick answered:
Hi Mike,
Thanks for reading Blackmail, and I hope you enjoy it.  Christine is one of the main characters in each book, although it would be hard to classify the books as the Christine O’Connor series.  My publisher bills them as – The Trident Deception series.
Two reasons.  The first is that my books have an ensemble of 4 main characters – Christine, Lieutenant Jake Harrison (introduced in Book 2), Captain Murray Wilson, and the president, along with his staff and cabinet.  No character is in more than 30% of my novels because my books have a heavy military component, and those scenes feature the personnel in those military units.  Unlike spy novels or typical special forces series, which follow the main character through events, the military characters in my novels are stuck to their platforms and units, as is the president (not going on any missions).  The only character who can move around is Christine, and I try to tell as much of the story through her POV as possible.
The second reason I think my publisher doesn’t bill my books as the Christine O’Connor series is that Christine is an ordinary White House staffer with no special training.  She can’t carry a series like your standard spy or current/former special forces operative.  For example, if she gets into a fight with a 6-foot, 200 pound man, she’s going to get the snot kicked out of her.  It makes it more challenging from a plot perspective, to find realistic ways to involve Christine, but you end up with different types of scenarios than other espionage or military thrillers.
A cornerstone of my books is authenticity – real-world situations involving every-day, real-world characters (no Jack Reacher types who can kill you with their pinky), and in real-world military encounters, no one person is going to save the world – it’s going to be a concerted effort.  Overall, however, I think of Christine as my main character even though there’s a lot of scenes she can’t participate in, and it’s possible that she’d end up with a very small role in a future book if there isn’t a realistic way to include her.
I hope my long-winded response answers your question.  It’s a great question, and one I ponder constantly – to what level should I involve Christine in each book?  Ideally, as much as possible, but I’ve also got to keep it realistic.  Ensuring I’m writing a realistic, entertaining story comes first; finding a role for Christine comes second.
Best regards,
Rick 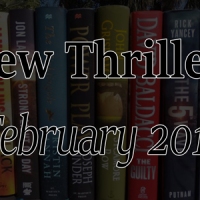