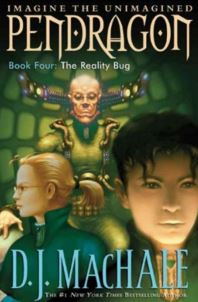 “People don’t communicate with real people anymore, they’re too busy living inside their own heads and creating characters to act in their own personal dramas. Nothing is happening. Nothing is moving forward. Nothing is real. Veelox is dead.”

Prophecy about our own future?Possibly.Description of what happens to a world that is so engrossed in their own fantasies that reality is ignored and the world deteriorates.Definitely.

Saint Dane has outdone himself on Veelox.Aja Killian, the Traveler from Veelox, believes she has the answer to defeat Saint Dane and resents the appearance of Bobby who we find out in this edition has been designated (by whom we do not know…..Uncle Press?) the “lead Traveler”.Aja is very smart, but she is also arrogant and naive.A bad combination when you have to fight the ultimate evil.

Veelox is a world in neglect.The inhabitants spend their lives “jumping” into a fantasy world within their minds using a technology called “Lifelight”.A jumper lies down in a bed of sorts, is connected to Lifelight, is fed via electrodes attached to their skin and enters a perfect world of fantasy where all their dreams can come true.The perfect fantasy is something everyone wants and gets.It is also something Saint Dane has been planning to use to bring down his first territory.When everyone is jumping, there is no one to fight a takeover.

To fend off Saint Dane, Aja realizes that she must make the fantasy world a little less appealing so that people will jump less and return to their deserted homes and back to reality. To do this, she has developed a “reality bug”, a software program that injects just a bit of reality into every jump.

For example, in my ideal fantasy I am spending my life on the beach in Kauai. Since I am perfectly happy, I want to spend my entire “life” there and reality can take care of itself without me. But the reality bug might produce a hurricane, or I might get bitten by a thousand mosquitoes….anything to force me to spend less time in my jump and more time taking care of my home….. and reality.

Aja explains the reality bug plan to Bobby. They agree to load the reality bug and, hopefully, save Veelox. Unfortunately, Saint Dane is not only evil, but, he is patient (often setting up the path to destruction years and years in advance), and clever. Once the reality bug is introduced into Lifelight something terrible happens. The bug is far more dangerous and lethal than Aja meant for it to be (guess who had a hand in helping Aja design it?). Fantasy crosses over into reality. The reality bug feeds on the jumpers fears and grows into a monstrous killer as it is fed by millions of jumpers.

While Bobby, Loor, and Aja struggle to save Veelox, Mark and Courtney on Second Earth find out that they have been pre-ordained (Bobby’s journals are sent to them) to be acolytes (people who help the Travelers by providing clothing, food and other assistance in each territory). And Gunny has followed Saint Dane to Eelong to try and head off his attempts to bring down that territory.

“Pendragon The Reality Bug” is a tremendous book full of action, thought provoking ideas, and plot twists that will leave you sitting on the edge of your seat until the very end of the book…..and beyond.The Pendragon series has taken a sharp turn to the dark side and the rules have changed.Bobby, Mark, Courtney, Loor, Gunny, Aja and the rest of the Travelers and acolytes are in for a real battle in the books ahead.They will need to step up to the challenge or Halla will be under the rule of Saint Dane.If one territory falls, they may all fall like dominoes.

Saint Dane makes He Who Must Not Be Named look like a wimp.

Announcement: Book 9, “Pendragon Raven Rise” is due in stores May 20th.I still have four books to complete before I will be caught up, but, my daughter is planning on reading “Raven Rise” starting that day. 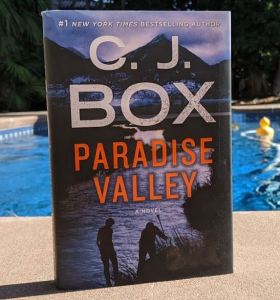