"The Breaking Point" by Mike Pihlman

It all started with a visit to his boss’s office to pick up his raise package.  Receiving a great written review, Carl expected a good raise.  With a wife, 4 kids, a balloon mortgage, and dog, Carl needed the extra cash more now than ever.  The $10 per month raise stunned him.  Boss coldly explained (for the tenth or twelfth time) that raises are not tied to good work, but, to the perceived importance of his job.

Today, that tired explanation did not work…Carl knew what he had to do.

Boss has always been a pain in the ass to everyone except those lucky enough to be in the inner circle.  Arrogance and manipulation were his management style and skill set.   The inner circle thrived, the others not.

Technology and complex mechanics are Carl’s strengths.  He could design and build the most complex mechanisms and they would work the first time, every time….very reliable.  Just like Carl.

Visiting the hardware and electronics stores Carl purchased the parts needed for his new goal in life.  An electric motor, a 3 foot length of cylindrical metal, a microprocessor based controller with remote and other bits and pieces.

Since Carl was well respected, his work was never monitored.  A good thing.  For Carl.

Weeks passed.  Meetings came and went. Boss as arrogant as ever.  Carl’s desire to pursue his new life goal intensifies.

People file in and take their seats.  Friends and coworkers,…the banter is light and friendly.  The inner core sit around the large conference table, the outliers sit against the wall, the renegades in the corners, some come in via videoconference.

Fashionably late, because he wants everyone to think he is extremely busy (he was, but, with his assistant) Boss walks in and takes his seat.  Business as usual.  He always was a pain in the ass to everyone but the inner circle.

His head burst.  Blood and brain matter explode hitting everyone in the inner circle and many of the outliers.  The walls are now decorated with arrogance.  The metal spike protruding from Boss’s head was, for an instant, a pain in his ass.

Copyright Mike “TracyReaderDad” Pihlman, March 27, 2010.   This is a work of fiction, my first, but, I have many technology-based short stories bouncing around the brain, so as long as it stays intact, some stories may emerge. 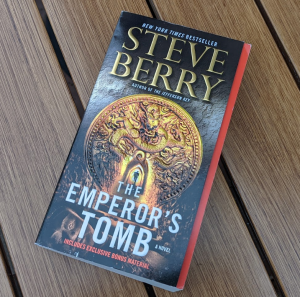