It turns out I have several of these “technology / get your boss” stories floating around my yet unexploded brain.  Here is another one for your reading “enjoyment”.

Lesson:  In electronics the point that is connected to ground is at zero potential.

Pete was called into his boss’s office one day.  He was told that the Director of the Division disagreed with Boss’s assessment of Pete’s performance saying that he thought that Pete had “zero potential”.

After many successes in his career such as developing groundbreaking test equipment for ISDN, a remote security system that is still being used many years later, and the development of several people’s careers who are now successful, thanks to Pete’s caring and support.

Now he has “zero potential”.

One day, as luck may have it, Pete was on an errand on campus driving a company car.  In his path walked Director.

Copyright Mike “TracyReaderDad” Pihlman, March 30, 2010.  This is fiction any resemblance to real world is intentional.

“The Fallen” by David Baldacci 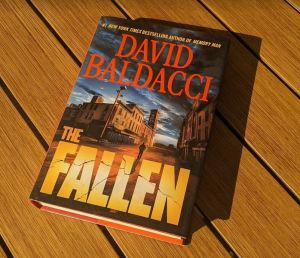