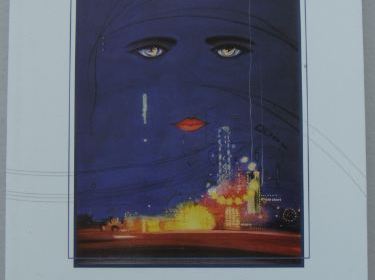 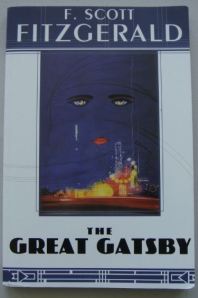 (Classic that is short and sad)

“Gatsby believed in the green light, the orgastic future that year by year recedes before us.  It eluded us then, but that’s no matter–tomorrow we will run faster, stretch out our arms farther….And one fine morning——-“

Yes, I decided to read (rather, re-read 30 years after the first reading) because of the upcoming Leonardo DiCaprio movie due out in May 2013.

Nick’s neighbor throws parties and lives in a wonderfully large and expensive house.  His name is Jay Gatsby but no one really knows much about Gatsby….. he is pretty much an enigma.

Nick gets to know Gatsby as none other has been able to before, and what he finds is unexpected.

“The Great Gatsby” is an interesting book of romance, glitz, glamour, human frailty, and death. 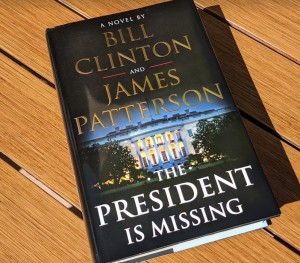 "Under these western skies"....Chris Ledoux🤠😢🎸
Our weekly ride-about took us past this sculpture of.....hmmm, I have no idea. 😃🤣
Early morning walk on a nice calm morning. 🚶‍♂️🚶‍♂️
And let the $1,200, 2021 Carol Phan Memorial College Scholarship begin! Only 5 submissions this year....an all time low. I wonder why? 😎😷. ForCarol.org. Drive Safe! Never Forget (Carol, Chris, Kassy, and Bobby).