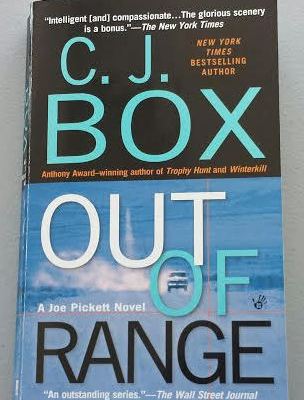 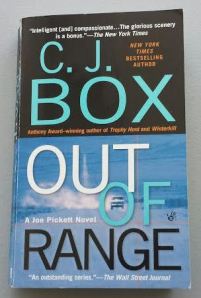 This is the fifth book in the Joe Pickett series.

Game Warden Joe Pickett has to travel to Jackson Hole, Wyoming to fill in for Will Jensen who has just committed suicide.

Leaving his family and arriving at Jackson Hole, Joe feels the pressure immediately.  Several people / groups vie for his attention, including the beautiful  wife of a local developer, Stella Ennis.  Joe and Stella are immediately attracted to each other.  Not good.

Don Ennis is in the final stages of getting approval for a unique housing development where the community members raise their own sources of meat.  The only stumbling block was Will Jensen, and now that he is dead, their attention turns to Joe.

Until Joe heads out into the wilderness, he feels awful.  Once in the fresh air, he starts to feel better, except for the fact that he and an outfitter, who also went toe-to-toe with Will, “go western” on each other.

Will, just by doing his job fairly and objectively, made many enemies.  His family left him and that combined with political pressures all around him might have caused him to crack.  Maybe….

“Out of Range” is a quick fun read.  In addition to picking up the Game Warden activities, Joe works to uncover the reason Will committed suicide and finds out shocking answers……just in time.