“Targets of Deception” by Jeffrey Stephens

“Their eyes met for the last time.  “Portofino,” the dying man said in a raspy whisper.  “Tomorrow.  On the Halaby.” Jackson tried to draw a breath, to say something else but a gunshot, from closer range now, hit him in the chest as he lay there.  His body convulsed.  Then he was dead.”

Jordan Sandor is an ex-CIA operative now journalist.  He and his friend, Dan Peters, are travelling in Upstate New York (near Woodstock) to meet with Jimmy Ryan.  As they turned toward his house, onto a two lane road, they hear gunshots and find themselves in the middle of a gun battle between two civilians and a policeman.

Relying on his training, Jordan manages to defuse the situation, but not before Dan and the policeman were wounded.

The two civilians, as Sandor finds out, had just left Jimmy Ryan’s house where Ryan was tortured…and killed.

Sandor’s violent  past was about to clash with his future.

As more information becomes available, the authorities (and Sandor) find out that Jimmy Ryan is actually a former CIA operative turned traitor named Jimmy McHugh.  McHugh is back in the U.S. to try to make amends for his recent traitorous ways and the meeting he set up with Sandor was no accident.  It turns out that Jimmy had information about a terrorist attack that could kill many thousands of people around the world.  He felt Sandor (Jimmy knew his background) was the right person to tell…. unfortunately, Jimmy never got the chance to impart this information.

The web of deception grows as Sandor is recalled to New York City (where he lives) to meet with the FBI and his old CIA boss, masquerading as a State Department official, Covington.  Once there, he finds that his apartment has been ransacked and is nearly killed by an attacker.  His friend, Peters,  is murdered in his hospital room.   The terrorists are clearly trying to eliminate any loose ends and threats.

In the hotel where he is being debriefed, Sandor meets Christine Frank who claims to be McHugh’s half-sister.  Christine has information on Jimmy’s partner, Anthony Andrioli.  Andrioli can shed light on the terrorist plots, but, Sandor and now Christine need to find him before anyone else does.

Andrioli tells Sandor and Christine about a planned VX gas attack on multiple cities.  VX gas is a nerve gas that kills almost instantly (see this WikiPedia article).  Thousands can die, and Sandor needs to stop them.

But the deceit and deception continue to grow.

From this point on, “Targets of Deception” follows Sandor, Christine, and Andrioli to Paris, France and to then to the ultimate encounter with the terrorist mastermind, ex-CIA agent and ex-partner of Sandor (lots of CIA agents defecting…whats up with that?), Vincent Traiman, in Portofino, Italy.

Here is the trailer for the book: 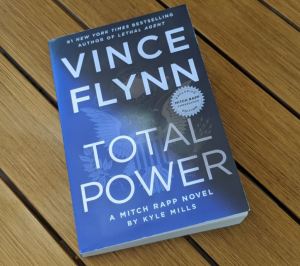