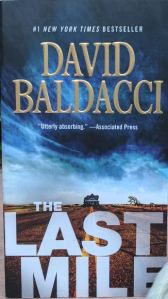 This is book #2 in the Amos Decker series.  To better understand who Amos is and what makes him special….read my review of  the first book “Memory Man”.

“Well, that’s a relief. You know, when he first came here his memory was razor sharp. Probably better than yours.”

“I seriously doubt that,” said Decker as he pushed open the door and went inside.

After the events of “Memory Man”, Amos is now headed to Washington D.C. to work with Special Agent Ross Bogart and the FBI.

Driving to D.C (from Ohio), Amos turns on the radio to NPR and hears the story of Melvin Mars, an ex-football player who was due to be executed for the murders of his mother and father 20 years ago, but, due to a last second  confession….his execution is stopped.

The parallels to Amos’s own life are too coincidental for Amos not to ask Bogart to look into the case (football player who actually kicked Decker’s ass in college, family murdered, late confession).  The newly formed FBI team (including Alex Jamison from “Memory Man”) under Agent Bogart, decide to investigate the decades old murders and to work with Melvin to see if the killer, or killers, can be found.

What they find reaches all the way to the top of the government and back in time to when the civil rights movement was at it’s most violent.

“The Last Mile” is a good book, not Baldacci’s best, as it is a bit longer, and more “draggy” than most of Baldacci’s books. The story, although interesting, and with a couple of shocking twists, seems a bit forced.

But….Amos Decker and Alex Jamison are terrific characters and partners in crime solving and I will read book #3, “The Fix”, shortly. 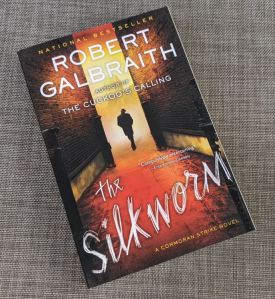